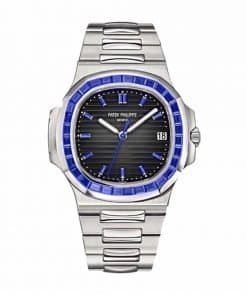 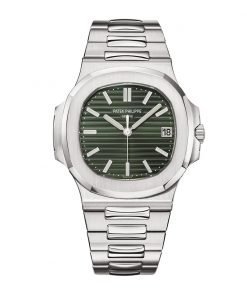 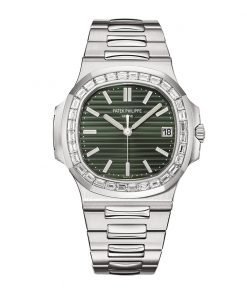 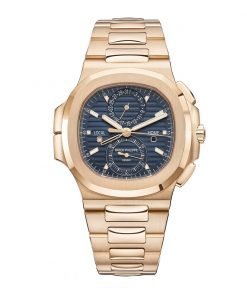 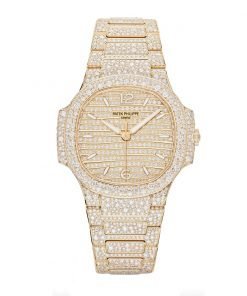 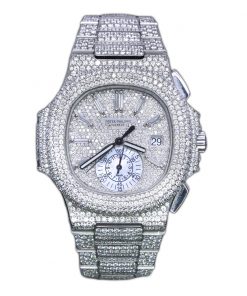 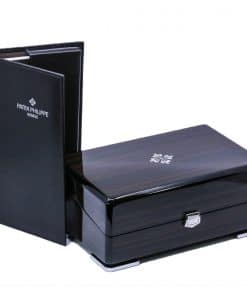 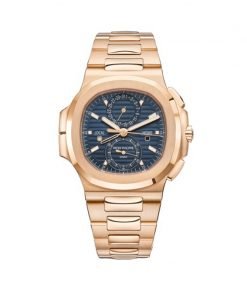 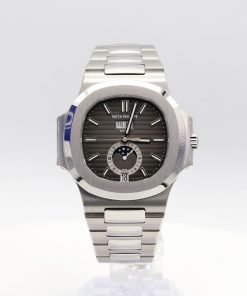 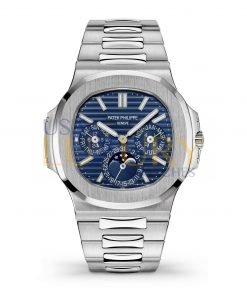 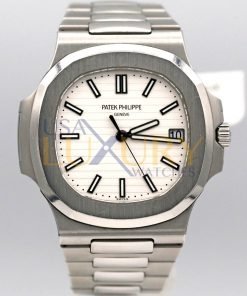 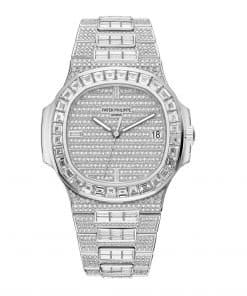 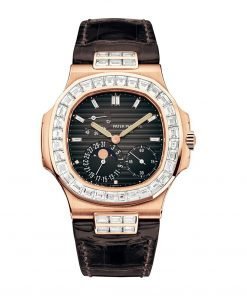 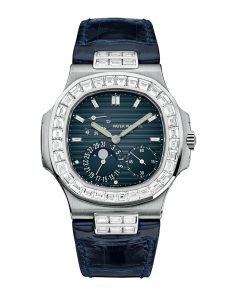 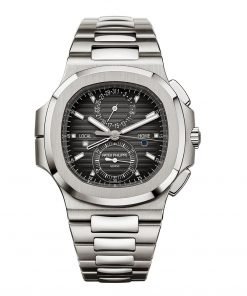 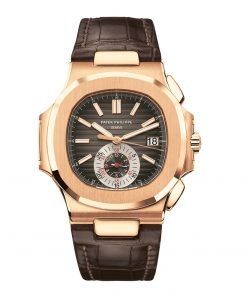 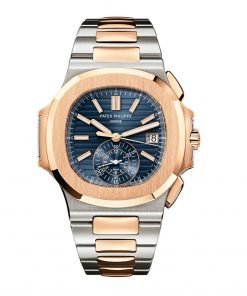 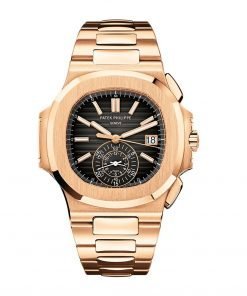 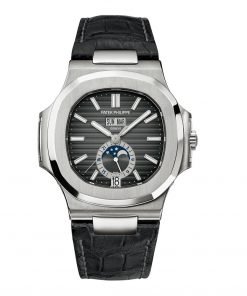 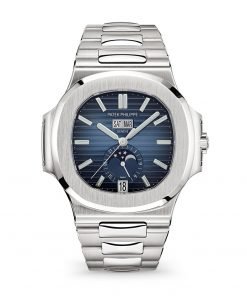 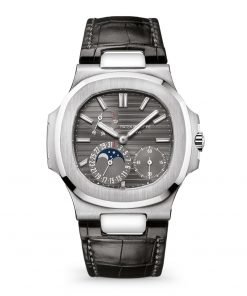 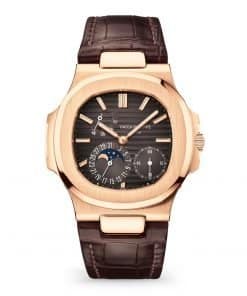 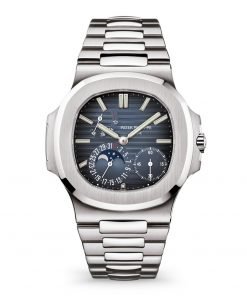 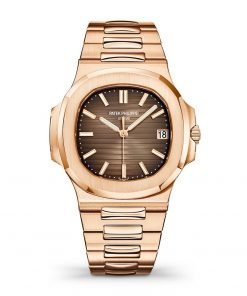 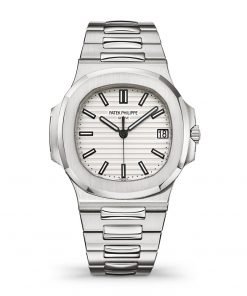 Shop online or make an appointment to visit our showroom located at The Diamond District in New York City.

The Nautilus model comes in different dial colors, alloys and also you can find it with diamonds or Iced Out:

History of The Patek Philippe Nautilus

The Nautilus model emerged during the 70s in the watchmaking house of Patek Philippe, quickly becoming one of the flagship and legend watches of the prestigious brand.

This model was born from the ingenuity of the legendary designer Gerald Genta, who was the creator of another jewel, but for Audemars Piguet: the Royal Oak, but in this case, the Nautilus is not only looking for a revolution in design but to adapt to the market.

As it was beginning to change, it was becoming more and more common for the great figures who made themselves with a high-end watch, not only attending social events, but also avid practitioners of the sport, and managing to combine both worlds was the challenge.

Patek Philippe took a step in the least thought of direction, for years, watchmaking houses had opted for precious metals, however, this meant sacrificing the durability of the watches, and in some cases, their water resistance, usually in this Last point, they were limited to being resistant up to 3 bars, that is, to withstand humidity or some water splashes.

Thus, the Nautilus is presented as a watch forged in stainless steel, even replacing the material of leather straps with metal; It would be fair to say that without Audemars Piguet's Royal Oak, Patek Philippe would not have dared to take such a disruptive step.

The Nautilus, however, ran the risk of being compared to the Royal Oak due to the choice of stainless steel, therefore, they required innovation without detaching from their roots, but at the same time, changing the market, probably, this was the main factor to resort to. Gerald Genta.

The designer followed the foundations of the Royal Oak but took them to the extreme with a complexity never seen before, thus creating the first model of the legend, the Nautilus 3700/1A, which today can reach the sum of 721 thousand dollars among collectors.

The first Nautilus had a 42mm diameter by 7.60mm thick case, the largest ever conceived, as well as a thicker bezel, maintaining great readability of the numbers, yet still, one step is missing to distinguish yourself from your inspiration.

Until then, the sealing of the box was achieved by pressure or with thread, however, the Nautilus opted for screws, which went through the entire structure, leaving visible the heads of the spindles, the characteristic that made it stand out completely and gave start to the legendary watch, for which they had to implement another innovation, with the use of screws, they had to create a bezel device, joining the case with hinges to install the machinery, thus achieving free and figuring the case quickly and efficiently.

The ears of the Nautilus

As we have already detailed, when using screws a problem was created, the installation of the machinery was not possible with traditional methods, so they had to use the hinges, which left what looked like “ears” to be seen, this being the hallmark of this model.

Thus, despite having the same material as the watchmaker's model "opposite", it managed to completely distinguish itself, creating an iconic model, being one of the first to achieve a water resistance of up to 12 bars in its home.

Another simple but efficient detail that made this model stand out is the lack of the word "automatic" under its dial some say, Patek Philippe believed it an insult to remind the wearers of their watches of the quality of the piece. that they carried.

The chronology of a legend

Finally, in 2005 the first Nautilus with a large box and three complications was launched, ending with the production of this line in 2006 and it was precisely in that year when they launched a new collection with a total redesign.

Since then, some other model that has left the Nautilus line has done so without major changes, except for a 2010 edition, which changed the background of the date stamp with a new black dial with an almost imperceptible white trim. The Nautilus is a watch that cannot be missing from the most ambitious collections, especially the original model, the 3700/1A.