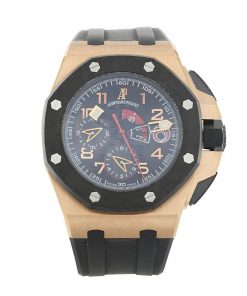 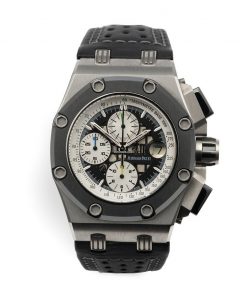 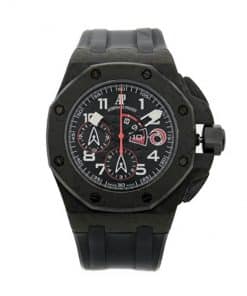 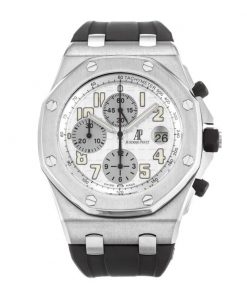 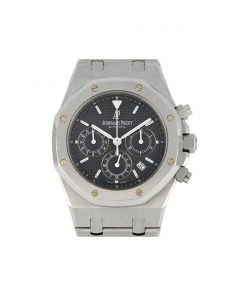 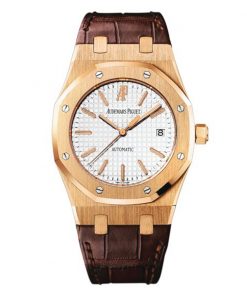 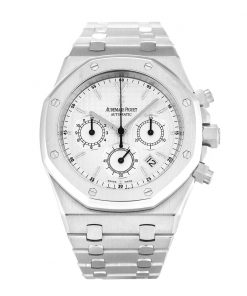 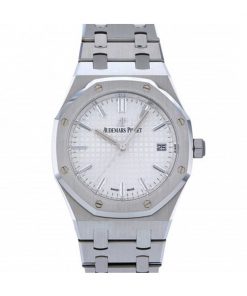 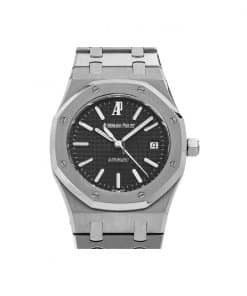 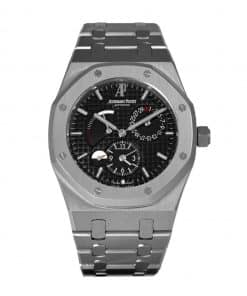 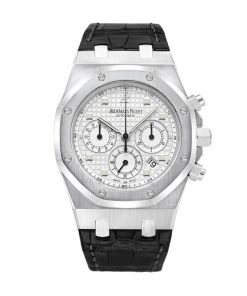 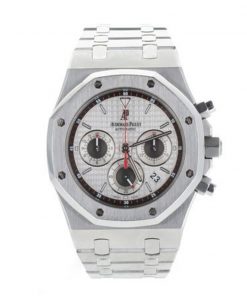 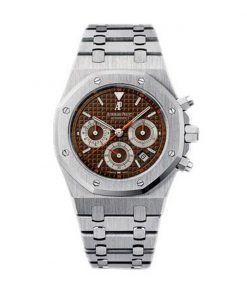 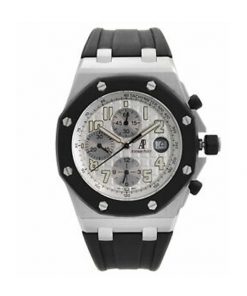 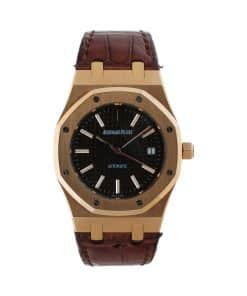 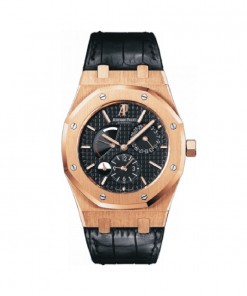 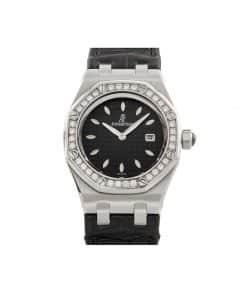 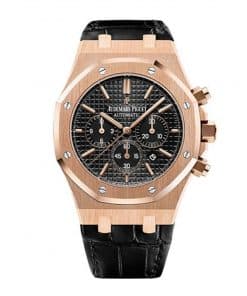 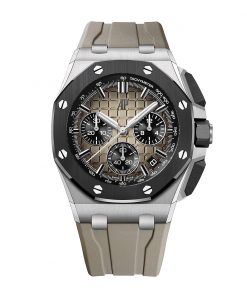 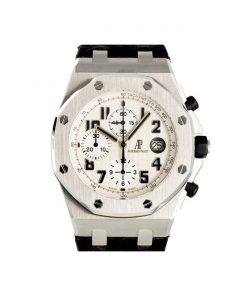 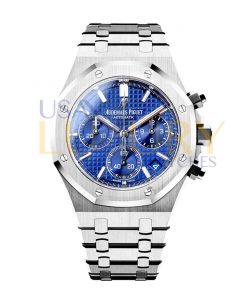 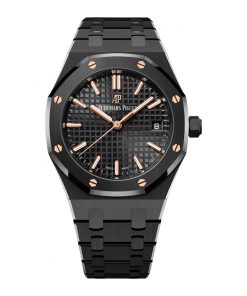 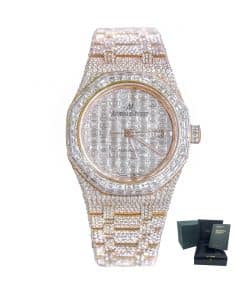 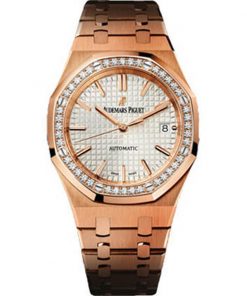 Shop online or make an appointment to visit our showroom located at The Diamond District in New York City.

You can finde the Royal Oak model in different styles, sizes and colors:

The cost of an AP Royal Oak in our collection right now goes from USD $7,000 to USD $415,000 Depending on the model, year and condition of the watch.

The History of the AP Royal Oak Model , Imposing Schemes

49 years ago, the world of watches saw the birth of a legend, which at the time was harshly criticized, since no one was betting that a luxury sports model, forged in steel, would triumph at the time, especially for the price of This watch, which at that time, was huge, we talked about neither more nor less than the Audemars Piguet Royal Oak.

It was presented at the Basel Fair, for 3,650 francs, which would be equivalent to the current value of about 9,300 euros, just over USD 9,000. But beyond the price, let's discover why it is a disruptive model for the time of its presentation.

The Royal Oak model arrived amid the quartz crisis, most watchmakers projected untold losses when they saw one of the most precious materials lost by buyers, however, Audemars Piguet began to study the market and found that the public would respond well to the sports models, it does not matter they were made of steel, as long as the finishes are of good quality, so he decided to give the public what they asked for, despite the disbelief of the other watchmaking houses.

Audemars Piguet live up to their motto

The slogan or motto of Audemars Piguet is: To break the rules, you must first master them, and faithful to this, they decided to add a highly experienced watchmaker to their team. It was about Gerald Genta, who overtime was considered an icon of sports watches.

It is said that the iconic designer had only one night to come up with the ultimate sports model for Audemars Piguet, and it was all achieved with a brushstroke of inspiration, Genta was on the "Bridge of the machine" when he saw the interior of Lake Geneva to a diver putting on a diving suit, being the mask, a visor is 8 protruding screws, which gave him the idea.

Presto, I draw what would be the Royal Oak, an octagonal case with hexagonal screws and a steel strap, the most distinctive being the screws that, although they are in different positions, at all times follow the clockwise direction, with the initials AP at the bottom of the case, a signature that would become the hallmark of the house for future models.

We already know the story, it was a total success, however, during its presentation, there were many skeptics, even George Golay himself, director of Audemars Piguet, confesses that he would never have accepted the Royal Oak model, as he considered it was not faithful to the watchmaking house, however, given the time they had for the presentation had no other choice, without a doubt, a genuine stroke of luck.

At first, it was made with white gold, due to the ease that this material allowed in terms of assembly, creating a batch of 2,000 pieces for the said first edition, although it took a while for this first batch to be sold, today it is known among the collectors such as the Series A, and it is one of the most sought after models, one of the characteristics that allow us to identify if we are dealing with an authentic piece, is the position of the AP, which in these models is at 6 o'clock, and not at 12 as in most Audemars Piguet watches.

The prototypes were in white gold since they were easier to make with the machinery of that time. The 2,000 pieces of the initial edition, known as the Series A to collectors, took more than three years to sell.

Everything seemed to indicate that the model was not going to be widely accepted by the market. However, over the years, the A series has become the most desired model by collectors and is easily distinguished from the rest because the AP letters are located at 6 o'clock instead of noon.

Although the acceptance was not instantaneous, everything changed in 1974, when Giovanni Agnelli, president of FIAT, proudly wore a Royal Oak watch in public, setting the trend and giving the house of AP the push they needed to climb like the foam.

Just four decades after the Royal Oak was created in 2012, to celebrate, Audemars Piguet presented a new model for this iconic watch, the Tourbillon Extra-Thin, which would again have the AP insignia at 6 o'clock.

Although the Royal Oak has had iconic redesigns throughout almost 50 years of its history, this model is undoubtedly one of the most successful of the watchmaking house and has been adapted to each stage of history, being one of the best sellers on the market decade after decade.

Without a doubt, the Royal Oak is the ideal model for those who like to break the mold and conform the rules to their lifestyle, not for nothing did it become the definitive luxury watch in stainless steel, reaching the Royal Oak Perpetual Calendar model. the figure among the collectors of 51 thousand euros, just over USD 60,000.

If you want your watch collection to be the envy of devotees of the world of these pieces of engineering, it is a fact that a Royal Oak cannot be missing in your watch briefcase.

Feel free to contact us if you want to know any ap royal oak price.